Prime Design Solutions takes the safety of our employees and clients very seriously. As of November 2020, our employees continue to work remotely, with intermittent presence in the office.

Fortunately, the nature of our work is that it’s very portable, and our employees are working from home on current and new projects. We will continue to be in touch with you, and you can reach us as you normally would — email, online communication or by phone (please call our main number, 814-248-3180).

If you have immediate communication needs due to the current circumstances, our team is here to help.

What the launch of Gutenberg in WordPress means for your website

Gutenberg was announced in early 2017 and released as a public beta plugin towards the middle of the same year so that users could download it and do a trial run. The feedback was mixed–so much so that the 5.0 release was pushed back and two intermediate versions (WordPress 4.8 and 4.9) were released first to allow users and plugin/theme developers additional time to prepare. 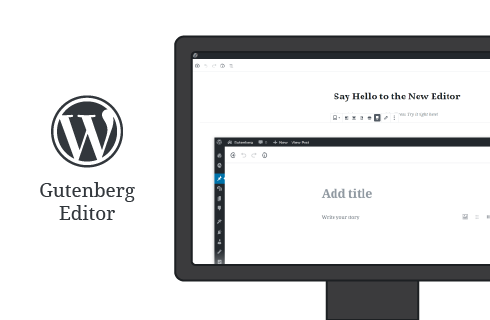 What does Gutenberg do?

Gutenberg introduces the concept of editing with “blocks.” Instead of a single large editor area, users can now add and arrange different “blocks” of content. There are content blocks that include things like headings, paragraphs, images, and lists, but also formatting blocks (for specialized content like tables, quotes, and code) and layout blocks (for things like buttons, separators, and columns–yes, columns!)

For websites that already have content, Gutenberg converts the existing content into a single, editable “Classic” block. The classic block is a block that looks and functions in a similar way to the classic editor that users are familiar with. In other words, your content is safe! It just might look a little weird in its block form.

Is Gutenberg compatible with my website’s theme?

Gutenberg claims compatibility with all WordPress themes because it’s just a new way to create and arrange content. It’s a content editor, not a page builder (not yet anyway!), so in theory it should work with all themes. When Gutenberg is added and content is converted into a “Classic” block, themes should be able to continue to display that content in the same way they always have.

How can I turn off Gutenberg?

WordPress users have always loved WordPress because it’s easy to use. The new Gutenberg editor introduces a more complex system. It no longer feels as familiar and easy to use as Microsoft Word, and some users want the original editor back.

A free plugin created by WordPress Contributors, called “Classic Editor,” gives users the ability to either completely disable Gutenberg or choose between using it or the traditional editor on a page-by-page basis. The creators promise to support and maintain the plugin “until at least 2022, or as long as is necessary.”

What does this mean going forward?

Drag and drop editors in WordPress have been increasing in popularity over the last few years. Gutenberg is certainly a big step in the right direction towards keeping WordPress up-to-date and relevant, but it’s going to be awhile until it can compete with the commercial drag and drop editors that have been around for years. It’s currently being promoted as a “content editor” but it’s only a matter of time before people demand more and it (hopefully!) becomes a “layout editor.”

As always, contact Prime Design Solutions for help with Gutenberg or any other aspect of managing your website.

By Jen Irvin. Read about Jen on our Meet Our Staff page.