Our office is open, but we are only accepting visitors by appointment. We are following the CDC’s guidelines for mask use.

Cognitive Biases in the Marketing World

Let’s take a look at some cognitive biases that can affect your ability to make a good decision, particularly from a marketing standpoint. We chose a handful of these biases that we think are the most important to be aware of when making a decision, especially if you’re spending money in order to make money. 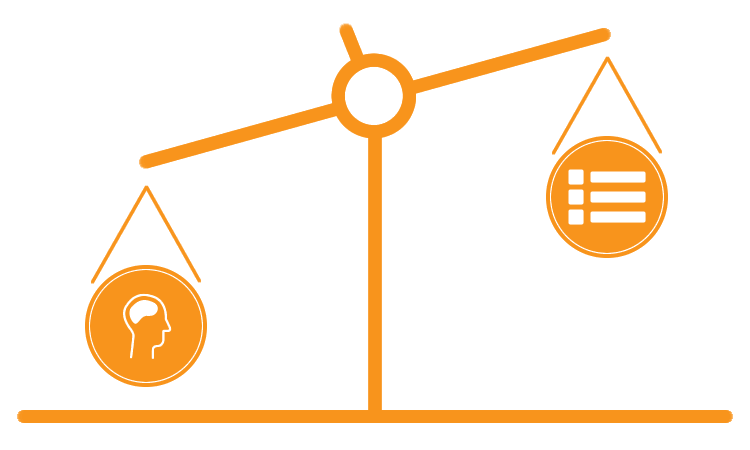 We believe something just because other people believe it. Facebook is a great way to promote your business and network yourself, but too often do we experience the bandwagon effect when something as popular as Facebook comes up. You don’t necessarily need to have a Facebook Page because everyone else does. The most popular isn’t always the most effective.

Goes hand in hand with the bandwagon effect, as it suggests that a group of individuals who all agree on one idea fail to explore any other options that may actually be more effective.

So why is a self-employed photographer more likely to be successful using Facebook than a small electronic repair business?

Your success on Facebook depends on your services. Electronic repair is certainly useful, but simply put, it’s just not fun to look at.

We only hear what we want to hear. We only listen to information that supports our beliefs. If we can’t get past our own ego and become receptive to all of the information available, we are guaranteed to make a poor decision.

It’s crucial in the marketing world to:

We feel confident about a decision, despite its flaws, simply because we chose it. Our ego can be our worst enemy at times.

We feel confident about a decision, despite its flaws, simply because we chose it. Our ego can be our worst enemy at times.

Let’s say a company spends a significant amount of money on a ton of circulars to promote an upcoming event. The circulars prove to have only brought in a trivial amount of people to the event. Perhaps there was a better way to promote the event. We refuse to acknowledge the fault in our decision just because we made it.

We must embrace the results of a choice, whether good or bad, in order to learn and succeed in the future.

We favor old evidence over new factual evidence that disproves the old data. Nobody likes change. It means having to adopt a new way of thinking when we’ve thought another way for so long.

Yes, change is hard, but it’s vital we accept new ideas. Refusing to embrace change means we wouldn’t benefit like we have from the emergence of new technology, websites, tools, apps, even cell phones.

Look at your smart phone and then rewind six years ago. Most of us were walking around with a flip phone. Change is good.

We judge a decision based on outcome, rather than how that decision was made. Just because you made a ton of money gambling all night in Vegas doesn’t mean gambling is a good decision. It’s easy to recognize a poor decision if you can make it twice and come out with completely opposite results.

A company once spent an incredible amount of money on an outdoor campaign that brought in ONE client. Granted, that one client was monumental to the company and landing that account paid back the campaign, but it was still one client.

This company might think it’s a great idea to have another outdoor campaign simply based on the outcome of the last, but should they? No.

We overestimate the importance of the information available to us. Our brains basically take a mental shortcut. We rely most heavily on the first thing that comes to our mind and deem it most important, simply because we recalled it so easily.

What about the things we can’t readily recall? Are they simply not important?

Think about the company mentioned in the previous bias. I bet the first thing that comes to mind when they think of an outdoor campaign is YES.

We are too confident and we take great risks. The result? Poor decisions. To make matters worse, people who are overconfident have a harder time recovering from poor choices because of their inability to see any error in their ways.

In the marketing world, confidence is highly valued and contributes greatly to our success in helping others. However, it’s critical that we can look at the results of our decisions and objectively reflect on those that weren’t very effective. By learning from our mistakes, we are improving ourselves and the success rate of our clients.

We believe something will affect us just as it’s intended and we experience exactly what we expect.

Remember when sugar pills were given to patients with headaches instead of actual medicine and their headaches went away? Feelings this strong can literally alter our reality.

The Placebo effect could actually be a very beneficial tool in the marketing world! We, as marketing professionals, can almost will a client to succeed. Our success isn’t based on magic words or a false sense of enthusiasm while working with a client, rather, we use facts and information to create a successful strategy for them, while instilling a positive attitude to ensure a positive outcome.

Clients who believe they will succeed:

We allow our expectations to influence how we perceive the world.

This sounds a little confusing. Let’s use an example. If you run an ad on the radio and the same ad on television but you favor TV broadcasting, you’re more likely to think that any success came from the television spot. However, if you were to analyze the results, you may find that the radio was responsible for way more exposure than the television.

We just see what we want to see.

Weighing latest information more heavily than older information. Unlike the conservatism bias, the information in recency does not replace older data, it’s simply more recent. You still have to consider other information with the most recent.

An investor on Wall Street would not base his decisions on the latest information. He would consider recent information along with previous in order to be successful.

When one proponent of an innovation overvalues its usefulness and undervalues its limitations.

Mobile apps are a great example of this bias. The emphasis that some clients put on having an app is absolutely mind-blowing if you actually consider how useful an app would even be to these particular companies — not very useful.

If you had the choice to run an ad for the same price either ONE time during the Super Bowl or 10 throughout a random week, most would choose the Super Bowl. That’s because the Super Bowl is popular and this is the first thing that we recognize about it.

We must be aware of all the components before making a decision, not just the obvious.

We love certainty and by eliminating risk, there is no chance of any harm.

There’s also no chance of success by eliminating risk. Certainty, in this bias, is counterproductive. Of course you have to be careful when you spend money on something that you can’t guarantee a return from, but zero risk means zero reward.

You have to take a chance if you want to succeed.

There's nothing more important than self awareness. Be confident, yet humble enough to recognize your shortcomings. Learn from your mistakes. Don't be afraid to ask for help.

Blind spot bias is simply failure to recognize our own cognitive biases! We notice the fault in others and completely disregard our own.

There’s nothing more important than self awareness. Be confident, yet humble enough to recognize your shortcomings. Learn from your mistakes. Don’t be afraid to ask for help.

If you want to make the best decisions you can, put your biases aside.